Paldurog      Mount Oberhide
Mount Oberhide is an active volcano in Streaton. It is known to overflow every 125 years, causing fertile land when cooled down.

At the bottom of the mountain, goats live, which sometimes go up the mountain. In some cases, the goats wander up too much and they get eaten by the Lava worms.

According to long standing Streaton myth, a lych named Ildroz had a lair in Oberhide. Lava worms were created as guardians of said lair. To this day, the mythical Ildroz has not been seen. It is unknown if he ever existed in the first place.

Another long standing Streaton myth is that a magical artifact is stored deep in Mount Oberhide. Sorcerer Uqihr spent his entire life scanning the mountain bit by bit to locate the artifact and never found it.

The mountain is 1.2 km high. At the top of the mountain, there is an active vulcano.

Every 125 years, the vulcano errupts spreading the lava all over the mountain and the immediate region. The lava cools and eventually becomes a fertile soil.
Login 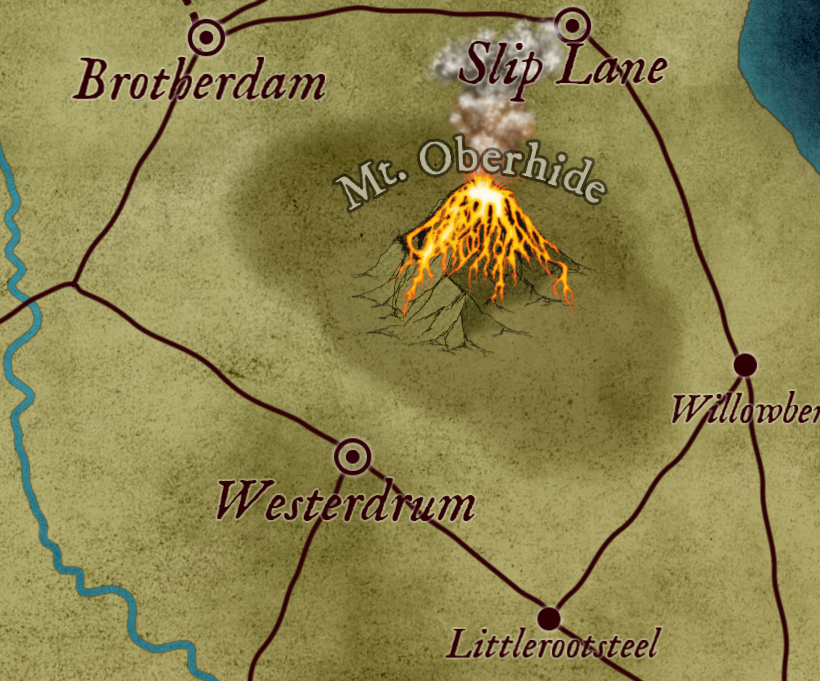 Answering: "an inhospitable region or geographical landmark"
Visit MoonRaven's Competition Page Check all other answers to this prompt Competition Homepage

Please Login in order to comment!
Powered by World Anvil